I don’t know if anyone noticed some new, more varied locations in my last post about my latest M6696. I was inspired by Heather’s post on Gillian’s Better Pictures Project, about taking photos in public places to get better shots.

Although I would like to learn to use my DSLR a bit better, I try not to be too fussy about my photos, I find it gets in the way of actually blogging which is my priority. But I am generally unhappy with two things – the backdrops and how I always end up doing ‘Ima stab you’ face. So I’m working on them! I took my camera and tripod down to the beach at the end of my street.

This is a five minute walk from my house. How lucky am I to live here?! It does mean a long commute, but it’s worth it.

I was nervous about looking weird in public, and people commenting but it was fine! I did get a few curious looks but no one was weird about it at all, although to be fair there were only a few people there because it’s still COLD. But it’s a fairly community beach – I mean, there was a body boarding class, some surfers, and a bunch of dog walkers. People go there to do things, so I guess I didn’t stick out too much. 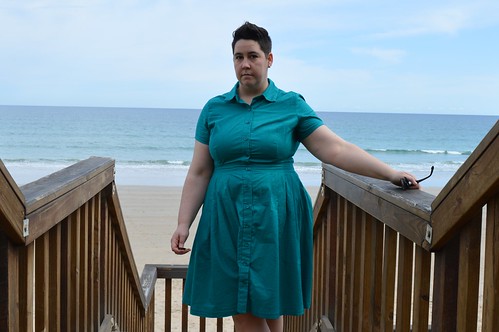 As you can see in my last post, I tried a couple of spots. The cliff face is gorgeous but in the end it was just too windy!

I ended up on the steps down the cliff, and just put the camera down on one of the steps. Lovely! Although it would be harder on a warmer day, because it’s usually a fairly high traffic area. I ended up having a great time, though, and I absolutely will be trying it again! I found it easier to make actual facial expressions for some reason. I also found a spot in my front yard where I can take photos, and that will be a good backup, I think.

Things to remember next time: 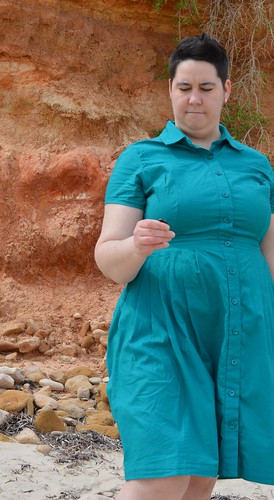 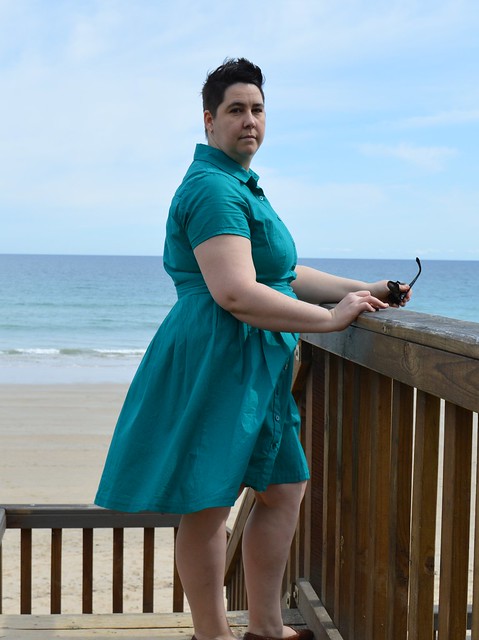 All in all, I feel really good about my photography adventures! I would like to learn and play with my settings more, but I never seem to have time and brain, and I do find it a bit overwhelming. Hopefully I’ll work up to it soon!